Discussions with Andrew Perriman: Does the NT Claim Jesus is God?

I have been dialoguing with Andrew Perriman over at Post. The subject we have been debating is the presentation of the NT writers of Jesus as divine. On a number of occasions Andrew has refused to state plainly that he does not think Jesus is God. However, when asked repeatedly to affirm that he believes and confesses that Jesus is God, he has consistently declined. In addition, every text we have discussed that the Church has historically understood to point to the divinity of Christ, Andrew has consistently adopted an opposing interpretation.

For example, Andrew asserts that John’s prologue (1:18) is primarily the influence of Philo and that John is concerned to present Jesus as Wisdom incarnate, not God incarnate. When asked about his understanding of Phil. 2:5-11, Andrew categorically denies any hint of divinity in Paul’s words. When I asked Andrew to explain Col. 1:16-18, he never responded. Additionally, I have asked why it was the Jews manipulated the Romans into executing Jesus. On what legal grounds was Jesus put to death? Moreover, I has referenced John 10:30 and Hebrews 1:8-14 to understand why these texts do not clearly affirm the divinity of Christ. The responses have been summed up in Andrew’s narrative-historical method of interpretation. In my next post, I will provide a critique of Andrew’s method which you can read HERE.

I will attempt to keep this post as succinct as possible. To begin, I want to turn your attention to John’s prologue. The first response to Andrew’s view that John was writing under the inspiration of Philo is as follows: first, while I disagree that Logos in the NT documents is equivalent to reason or wisdom, for purposes of this discussion, I don’t think it matters that much.

The argument is as follows:

Jesus is the Word. The Word is God. Therefore, Jesus is God.

Or, Jesus is Wisdom. Wisdom is God. Therefore, Jesus is God.

From any of these premises, we must  accept that the conclusion that Jesus is God is logically valid. In addition, since the alternative premises also lead to the same conclusion, the argument is strengthened. For those who believe like I do, the Word is God, Jesus is the Word, therefore Jesus is God. For those who think John is talking about wisdom, the same argument must conclude that Jesus is God. Either way, the argument is sound regardless of which one you choose. Verse 3 tells us that all things came into being through Jesus Christ. Andrew says through wisdom. He was in the world. He came to His own. His own did not know Him. To those who received Him, He gave them power to become children of God, to those who believe in His name. His name is not wisdom. In fact, wisdom is nameless. A plain reading of John 1:1-18 cannot help but point us to the deity of Christ. In fact, in 1:18, Jesus is called the only begotten God, or the one unique God. While I acknowledge the discussion around the variant in that text continues, the evidence of the earliest and best MSS strongly support this reading.

Phil. 2:5-11 is another text disputed by Andrew to affirm the divinity of Christ. Jesus is said to be existing in the form of God present, active, participle, prior to emptying (kenosis) Himself by taking on the form of a servant and a man, both aorist participles. The present tense of this participle points us to the pre-existent state of Christ in the form of God prior to His taking the form of the servant. Secondly, the active voice indicates that Jesus Himself TOOK the form of a servant. In other words, here Paul says Jesus took an active part in becoming a servant. I did not make myself a human. I was born human. If Paul wanted to emphasize such a perspective, he would have used the passive voice. He did not! First, Jesus is existing in the form of God. He did not think being equal with God was anything to be held onto. He emptied Himself by taking on the form of a servant. In other words, Jesus moved from one state to another. This fits well with John 17:5 where Jesus prayed to the Father to glorify Him together with Yourself, with the glory which I had with you before the world was. Andrew focuses on Jesus’ exaltation to the right hand of God as if it were a place Jesus never occupied before. That is an unproven assumption on Andrew’s part. It is interesting to me that he has not addressed this point.

Additionally, I have requested that Andrew treat Col. 1:16-18, which states emphatically and in no uncertain terms that Jesus Christ created all things, that He is before all things, and in Him all things hold together. There has been no interaction with this text from what I can tell at this time.

Concerning the death of Christ, I have asserted that Christ was executed on the grounds of blasphemy and that this charge was linked to the Jews understanding that Jesus was claiming to be God. This view is derived from John 5:17-18 where Jesus claimed that God was His own Father. The Jews saw this claim as a claim to divinity. In their mind, Jesus was claiming to be equal with God. In Jewish monotheism, the only way to be equal with God was to be God. Hence, they wanted to kill Him. John 10:33 records a similar incident. In v. 30, Jesus claimed to be “one with His Father.” The Jews responded by picking up stones to stone Him. Once again, they understood Jesus’ claim to be a claim to divinity. They accused Him of blasphemy and said He was making Himself equal with God. In John 19:7, this charge is repeated under more formal circumstances. In fact, every gospel records that Jesus was executed because the Jewish council equated Jesus’ claim to be the unique Son of God with a claim to divinity and hence made Him guilty of blasphemy. Anything that defames the image of the one true God is Israel would be blasphemy. Jesus’ claim to divinity would have been understood to mean that God is not one, but at least two. Such a claim would have been unthinkable to Jewish monotheism. Hence, Jesus is accused of blaspheming God and executed. A false claim to be the Messiah could not have supported a charge of blasphemy.

Hebrews 1:8-14 inform us that God Himself confirms that Jesus is God and that His throne of righteousness endures forever. In addition, God says that Jesus, as Lord, in the beginning laid the foundation of earth and that the heavens are the works of His hands. Clearly this is an unambiguous reference to Jesus’ divinity.
Andrew turns to a narrative-historical reading of the text. What I am very interested in is the origin of this approach. I cannot find it anywhere. I am beginning to wonder if it is Andrew Perriman’s proprietary interpretive paradigm invented to prop up his desire to reject orthodoxy and secondly, his desire to firm up his preterism. Either way, I will work through Andrew’s theological and philosophical presuppositions that serve to support his interpretive paradigm in my next post.

The knowledge of the Son of God as God does not come through naturalistic interpretive paradigms. This knowledge comes only through the supernatural work of the Holy Spirit on the human heart. Without that work, one can never know Christ as divine. They may mentally assent to His divinity, giving it lip service, but they will not truly know Him as God. Unless we believe that He is the One, God of very God, the unique Son of God who made all that is, we will surely die in our sins.

Christianity and Atheism in Conversation 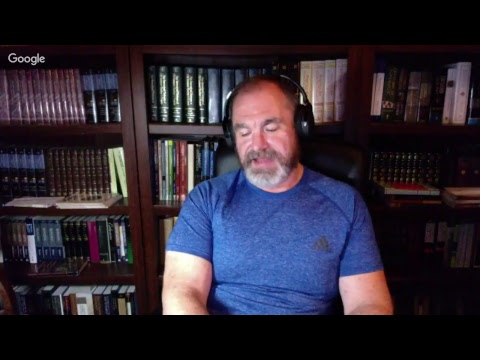